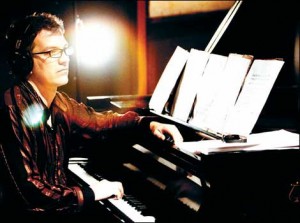 Pianist Brad Mehldau doesn’t so much stride between jazz, classical music and pop as swirl and eddy between them, absorbing traces as he goes. The American’s even-tempered independence reflects early classical training; his renowned interpretations of the jazz repertoire stem from a high school obsession. And he still loves pop and rock and roll. “I need to hear compressed, distorted guitars at least once a day,” he says. “It scratches an itch for me.”

But he is best known for his groundbreaking piano trio, which released its first CD in 1994, and was the first successfully to add post-Beatles pop into the jazz repertoire without trivialising either. The trio’s 10 CDs are as likely to investigate the songs of Nick Drake as those of George Gershwin, and their interpretations of Radiohead and Thelonious Monk are equally acclaimed.

Mehldau is currently touring Europe as a solo pianist – he will play in London in June as part of his duties as curator of the Wigmore Hall’s jazz series. His new double album of orchestral jazz, Highway Rider, which combines his trio with a 28-piece orchestra and extra percussion and adds guest saxophonist Joshua Redman, will be released in the UK on Monday.

Mehldau’s scoring develops a two-part melody into a rainbow of textural subtleties, resolved tensions and melodic statements. Themed on the notion of a journey,Highway Rider probes the confluence of the arbitrary and non-arbitrary in music, of balancing what is committed to the page with improvisation. One of Mehldau’s solutions was to inject risk into the recording process itself by recording live.

The journey begins and ends at home, a cycle that correlates directly to Mehldau’s life as a touring musician, constantly having to leave behind his wife and children. It captures the emotional ambiguities of parting and solitude, of companionship and isolation. There is trenchant improvisation and orchestral wash, clicky percussion and the thunder of two drummers and the intimate interplay of piano-trio jazz.

Though Mehldau’s formal technique is much remarked on, he is not conservatory-trained. Born in Jackson, Florida, in 1970, while his father was serving in the navy, and raised in New York City and the eastern states, he was drawn early to the piano – there is none of the sense of torture that so many people have when looking back to childhood tuition. His earliest musical memories are of his mother teaching him nursery rhymes. Lessons soon followed – “mostly fun pop songs and study books”.

It was not until his family moved to West Hartford, Connecticut, when Mehldau was 10, that he was introduced to the classical music literature. He clearly remembers his new Juilliard-trained piano teacher starting him off on Bach Inventions. She also ran a music camp close to Tanglewood, the summer resting point for the Boston Symphony Orchestra. His summers “were spent getting exposed to Brahms and Beethoven, playing all this gorgeous chamber music”.

But by the time he was 14, records by Oscar Peterson and late-period John Coltrane whetted his appetite for jazz. He joined his high school’s prize-winning jazz band, which gave him peer group support and an interest in the jazz back catalogue. Classical music fell by the wayside. “I couldn’t do classical at the same time as jazz, and I was a teenager. I was in my little rebellion thing.”

He didn’t return to classical music until his early 20s, when he was already playing jazz gigs. “I returned for pleasure and a desire for edification,” he says. “It was a rediscovery which since then hasn’t stopped.”

Mehldau is a committed improviser, and non-jazz references surface because they have been absorbed into his unconscious. “By placing something in another context, taking this be-wigged thing and then putting it in, automatically something different happens … that’s what makes jazz improvisation fun. There are no rules.”

It is an approach that carries into his new album. Colleagues from his musical biography helped – saxophonist Redman “is ideal for a record where there is a narrative, [because he] is a storyteller in his solos. He refers back to an idea he’s just made earlier, and builds on that.”

The recording was still a nerve-wracking experience. “Handing out parts to people who had never seen them before and the clock is ticking because they are on the union … You have three hours to get two tunes,” Mehldau recalls.

Mehldau, with his trust in his own experience, came through in spades, pulling his musical influences into orchestrated coherence, and communicating the fun he had in doing it. 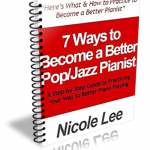 Before you click away, Remember to Grab a Copy of My FREE e-book "7 Ways to Become A Better Pop/Jazz Pianist"! The sign-up form is just above on the right: 1. Just enter your e-mail address, 2. Check your inbox for a confirmation e-mail, 3. Click on the confirmation link, the e-book will be sent to you as an attachment! As simple as 1-2-3! Keep Living the Music :)